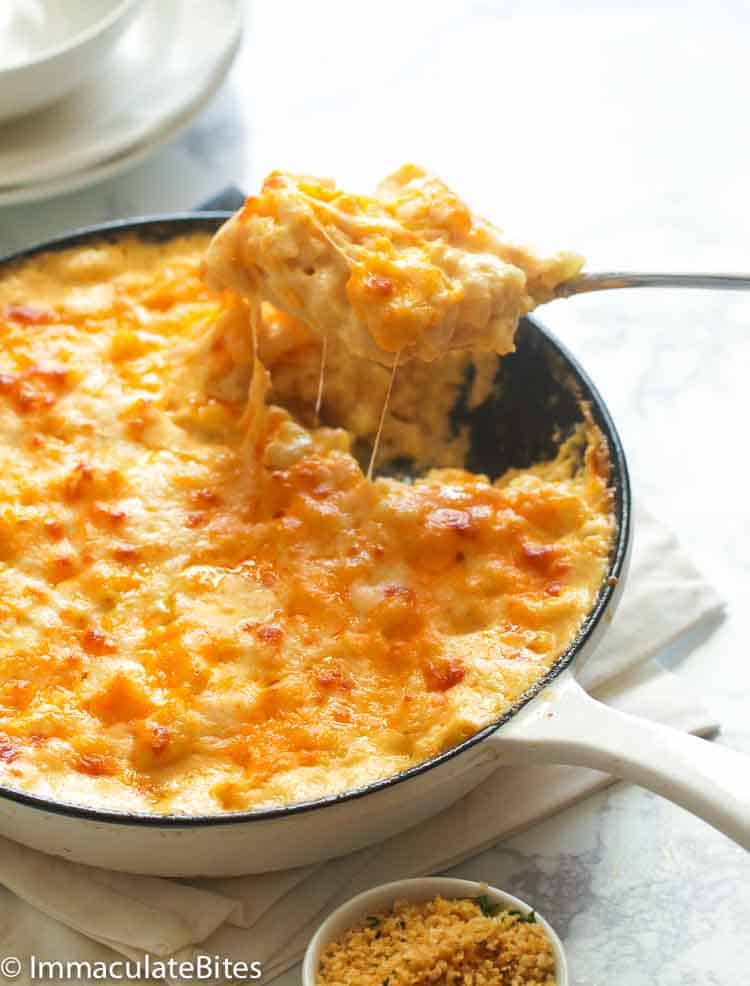 I wasn’t a fan of Mac and Cheese back in the day. But as they say, things change. Over the years, I’ve learned how to love that cheesy creamy goodness which is a staple in every American household. Thanks to my son who seriously would live for mac and cheese every single day of his life.

But of course, I’ve got to say no to breaking open those boxes from time to time. “Wait, what? You said boxes?”

Yes, he is a huge fan of those boxed mac and cheese! He’d gladly turn down any scrumptious chicken dishes I make just for a plateful of his all-time fave. You could imagine my face the day I tricked him into eating REAL mac and cheese. Ahhh, it was a sweet victory! 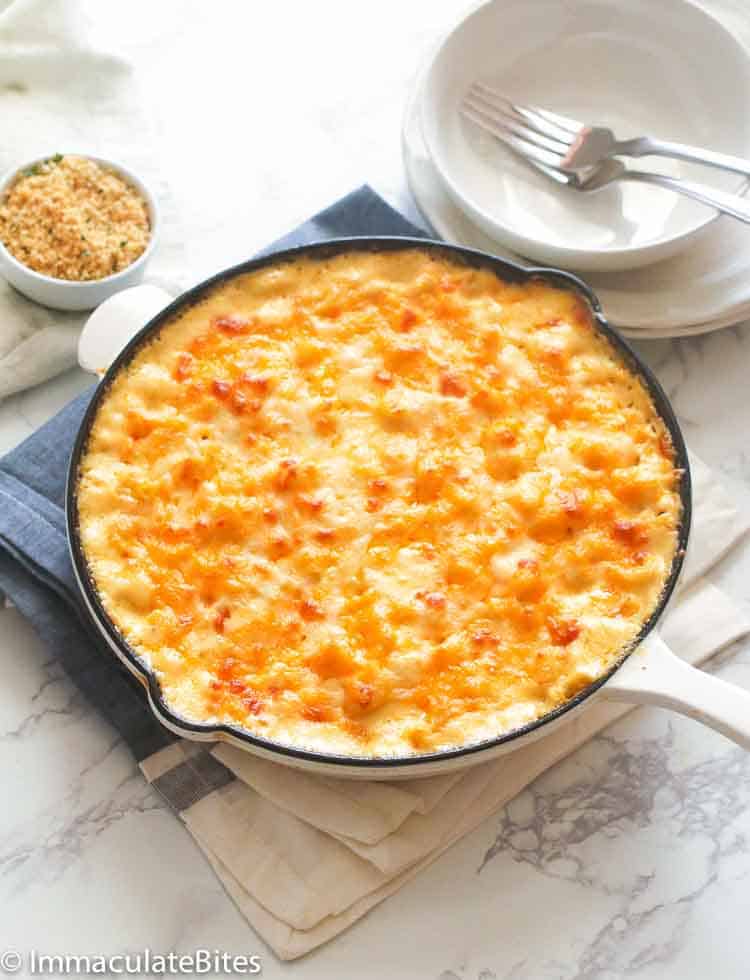 To start off, this cheesy bechamel sauce here is over-the-top! Aside from 1/2 cup of half and half (of light cream and whole milk), I also added a can of evaporated milk (different from condensed milk) to add more creaminess and texture to my mac and cheese.

And another secret I’m adding to this sauce? CREOLE SEASONING. Yes! Sprinkling it with 1/2-1 teaspoon adds dimension to this Southern Baked Mac and Cheese. I’m telling you it makes all the difference unless you like bland food.

Don’t be scared when using cheese for this recipe. I used three types of cheeses to grace every noodle of this dish. For the best flavor, I highly recommend adding a sharp cheddar to your baked mac and cheese. Just a warning though, don’t use the pre-shredded bagged cheese as it has preservatives that make it drier compared to fresh-grated cheese.

Sharp cheddar cheese, mozzarella, jack cheese, are my top fave. Or you can also use pepper jack cheese, gouda, fontina, and Gruyere. 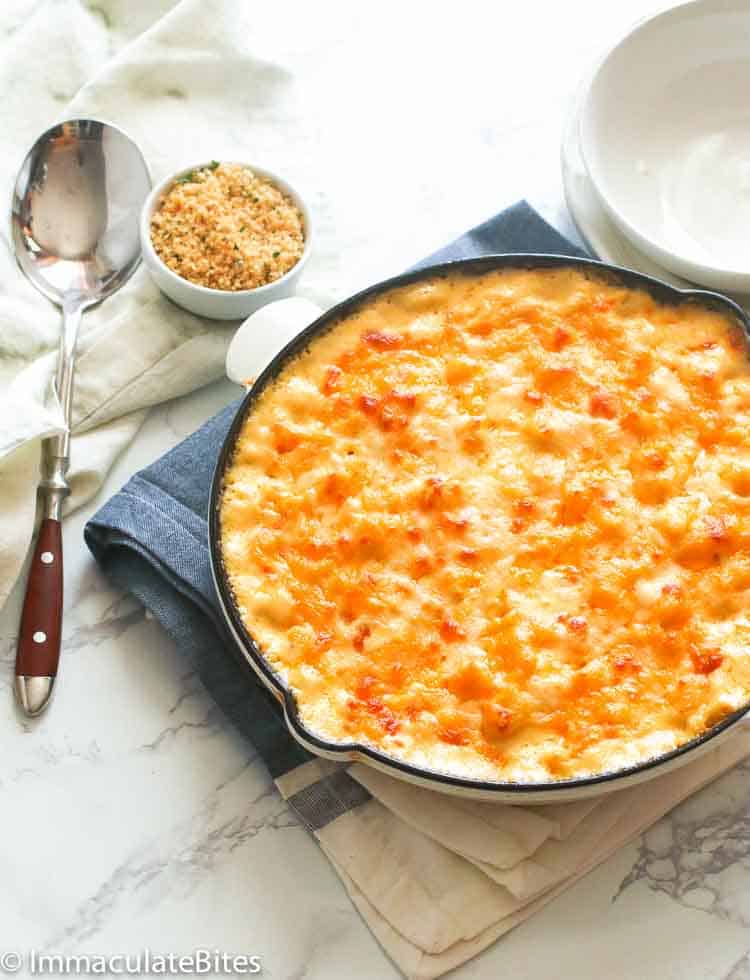 How Long to Bake Mac and Cheese?

There is only one rule that you need to remember when baking mac and cheese: don’t bake it too long otherwise you’ll bake away the sauce leaving you with a dry mixture.

Although we’ve tried a couple of Mac and Cheese recipes, nothing compares to this one which has a smooth silky sauce that permeates every inch of elbow macaroni there is.

You’d fall head over heels with the brimming Southern flavors of what this baked mac and cheese has to offer. It’s got a note of heat and smokiness. You’d need a bigger a spoon, for sure!

This would be delightful at any time. Oh, especially during these cold winter months. So don’t wait for special occasions to whip up a pan of this.

Heck, you could even make this on the daily. You can also explore different southern comfort food ideas to prepare every day! Go ahead, take a bite, nobody’s looking.

Want more recipes like this? Try my Ground Beef Casserole here, my mac and cheese the Caribbean way – Trinidad Macaroni Pie and my heartier and meatier Chili Mac and Cheese. 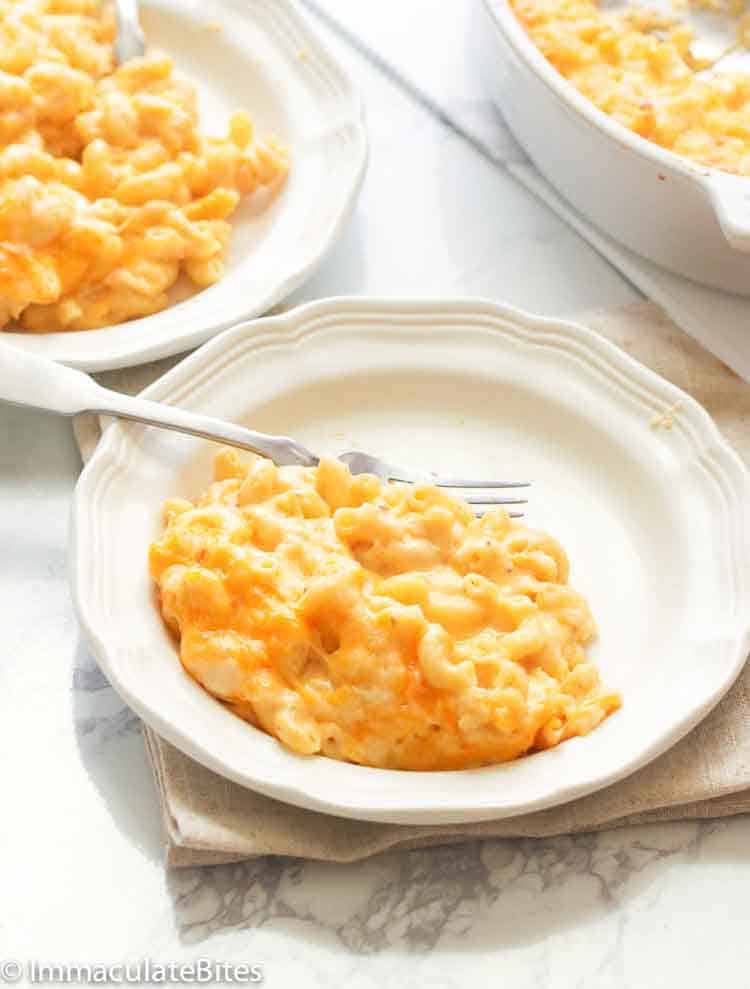 How to Make Baked Mac and Cheese

Add butter to skillet, as soon as butter melts whisk in flour. Continue whisking until flour is fully mixed with butter. Then cook for about a minute to get rid of the flour taste.

Slowly add evaporated milk a little at the time, followed by the half and half; you do not want the mixture to form any lumps. Simmer for about 3-5 minutes until mixture thickens slightly.

Add seasonings, onion and garlic powder, creole seasoning and cayenne pepper. Bring to a simmer and let it simmer gently for about 2 minutes. Stir in the cheeses (reserve some as toppings later), and continue stirring until everything’s melted and evenly combined and, smooth. Salt & pepper, to taste.

Then add the pasta to the pot, stir to evenly incorporate. 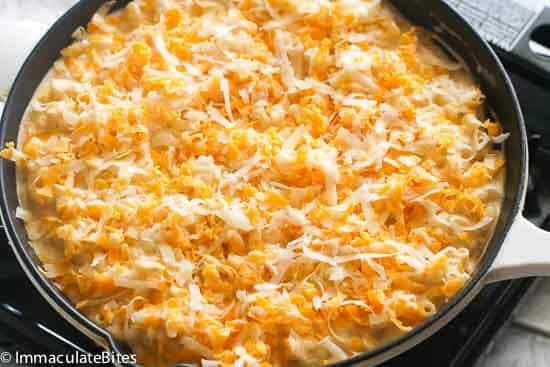 Transfer the pasta mixture into a cast iron skillet or into a lightly greased 2-qt. baking dish; top with remaining cheese. 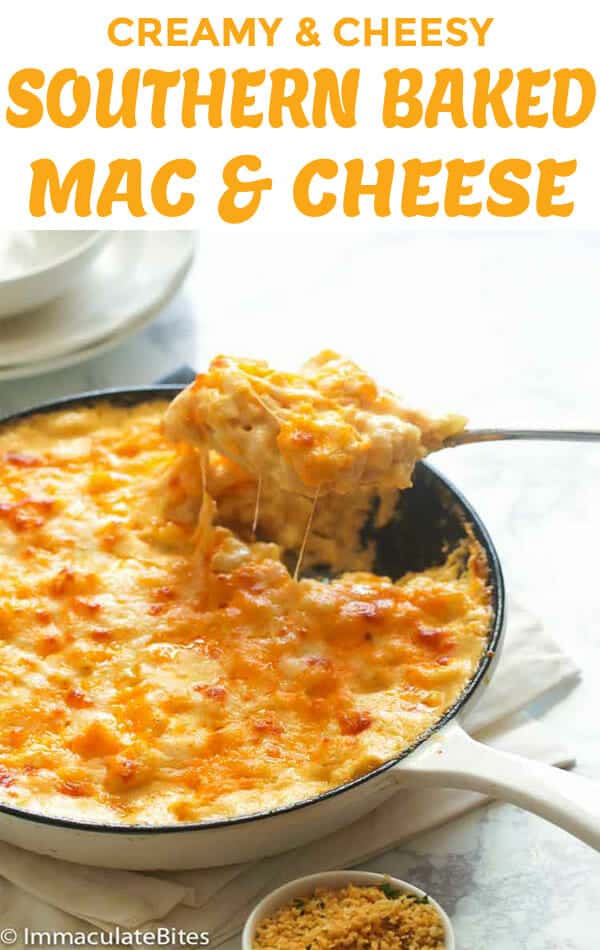 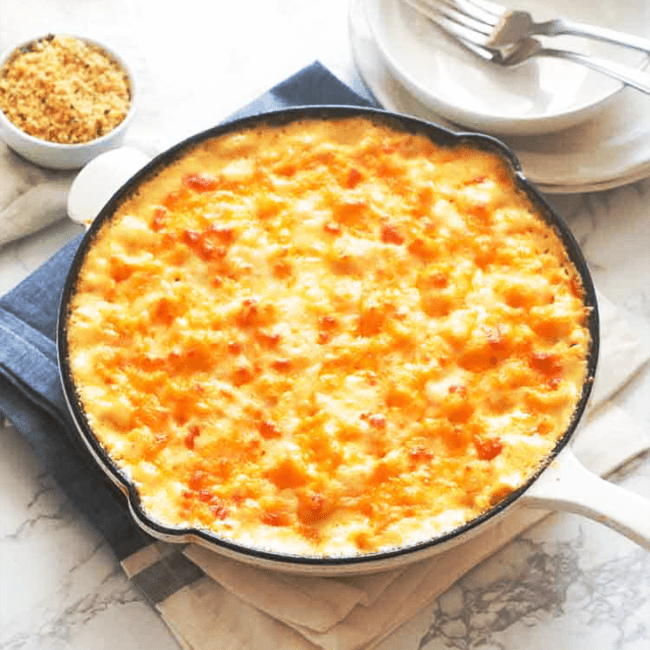