Cassava Coconut Cake- Easy yet Sumptuous  Gluten free cake make with cassava and condensed and coconut milk. And it only requires 10 mins prep 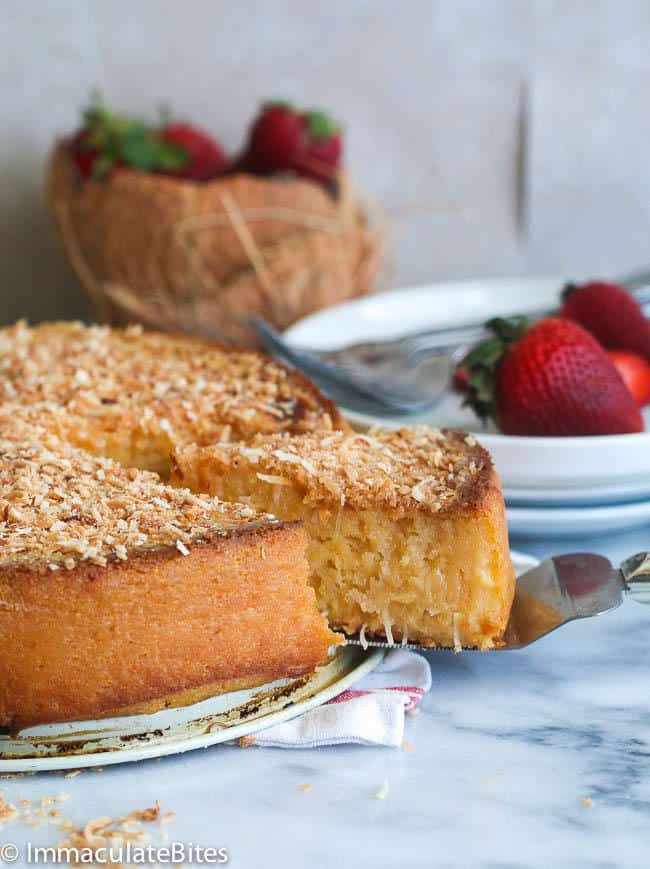 I first had cassava cake at a Pilipino party – the food was set up in buffet style with stacked up cake platters layered with amazingly desserts – cupcakes, pies and cakes. At the bottom laid the cassava cake, topped with caramel and coconut flakes; It was so well presented with cherries on top – I couldn’t take my eyes off it. I just had to try it! 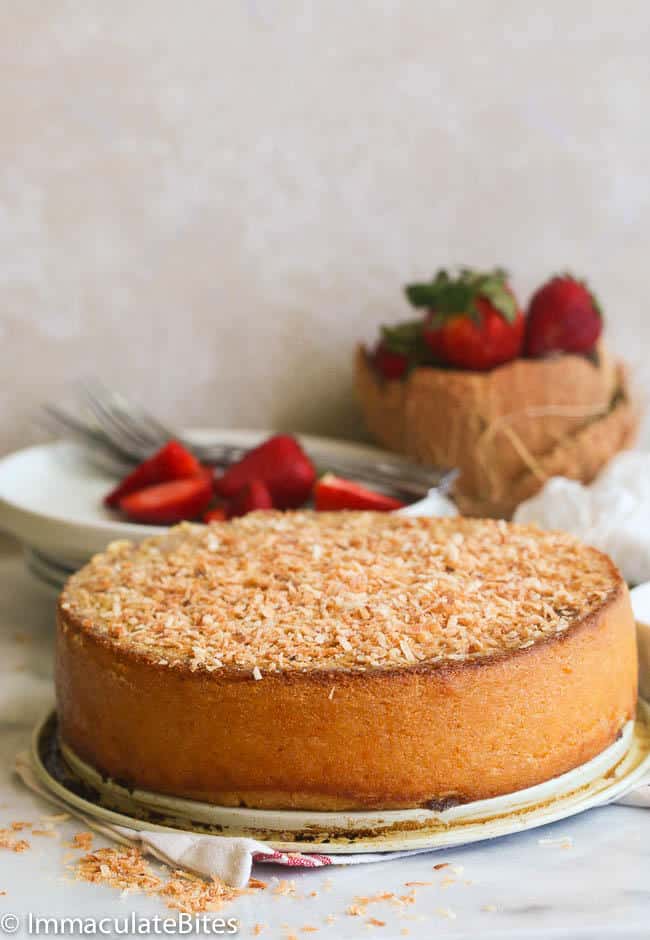 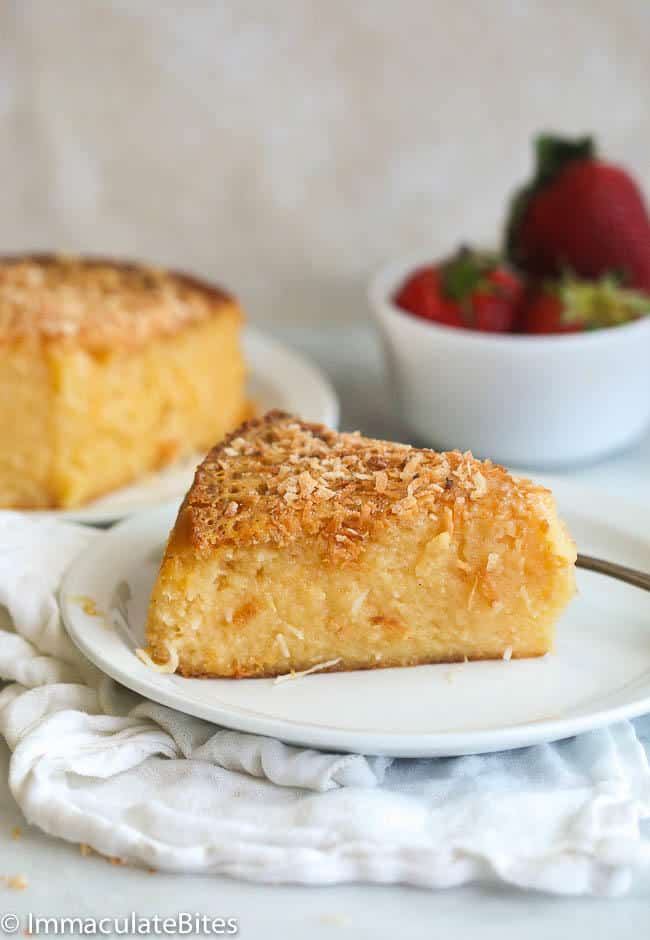 If you are clueless as to what cassava is? It is a tuberous starchy root grown in most tropical countries especially in Africa. Nigeria is the world’s largest producer of cassava. This root requires very little water to grow. Here, in America,it is readily available in most Latin stores and even in the major supermarkets. 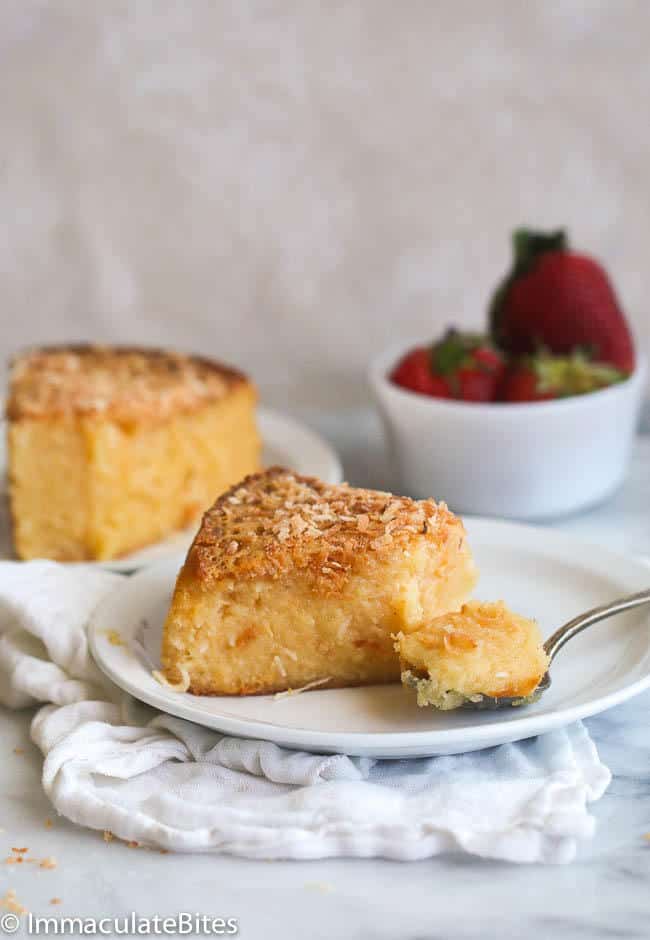 The cassava used in this recipe is grated cassava -available in Asian markets. You can use a food processor to grind your own cassava, though I would not recommend it, because there is very little difference in taste. If you  prefer lighter cassava cake you can cut back on the grated cassava. 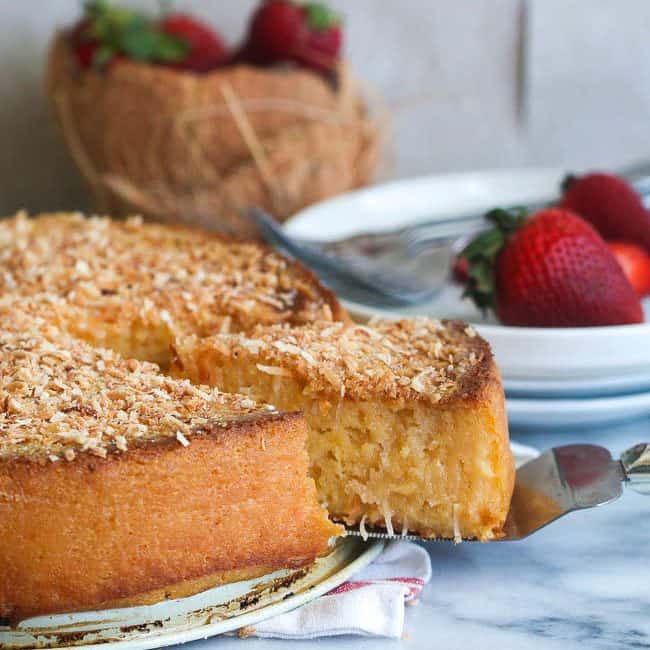