Fastest Cinnamon Bun – indulgent cinnamon bun that requires no waiting that comes ready in no time!

I came across this fastest cinnamon bun years ago, when I use to buy every single fine cooking magazine- on my countless trips to Costco.

Believe it or not, it was the best part of my trip. The minute I arrived home I would peruse through every single page devouring the pictures with my eyes; the perfectly seared steak, the melty-oozy grilled sandwich, the crackling crusty bread with a chewy interior. I just love eating all of them. 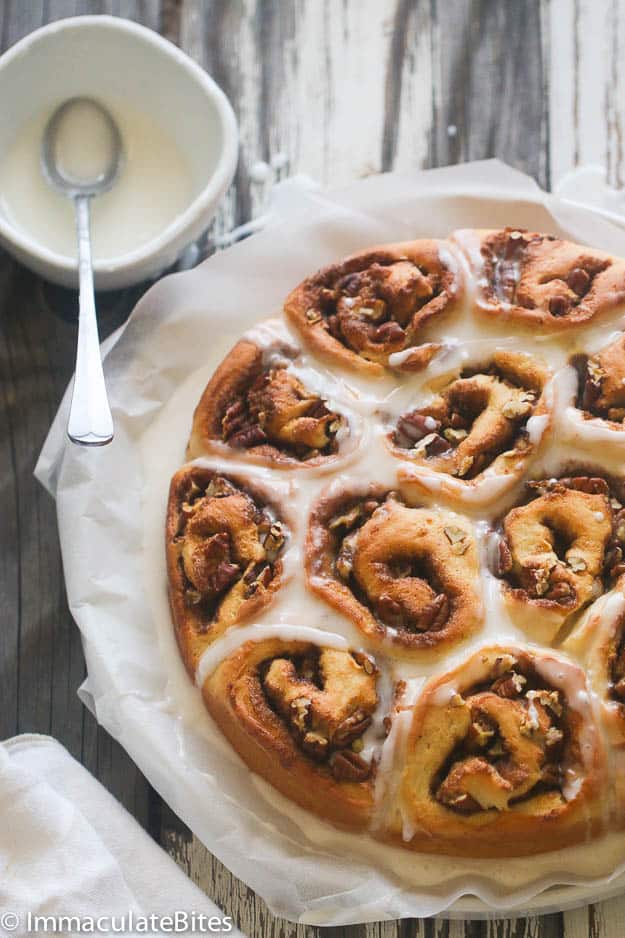 However, this cinnamon bun was the first recipe that got me. It is fast, no yeast, comes together in less than no time and no waiting. What more could I ask for?

After making this several times, I can say they are quite flavorsome and have a good texture compared to yeast dough cinnamon roll

I prefer a cream cheese glaze. I don’t know what it is about cream cheese but it makes every thing takes great –the creaminess and the extra tang of the cream cheese blends well with the sugary dough 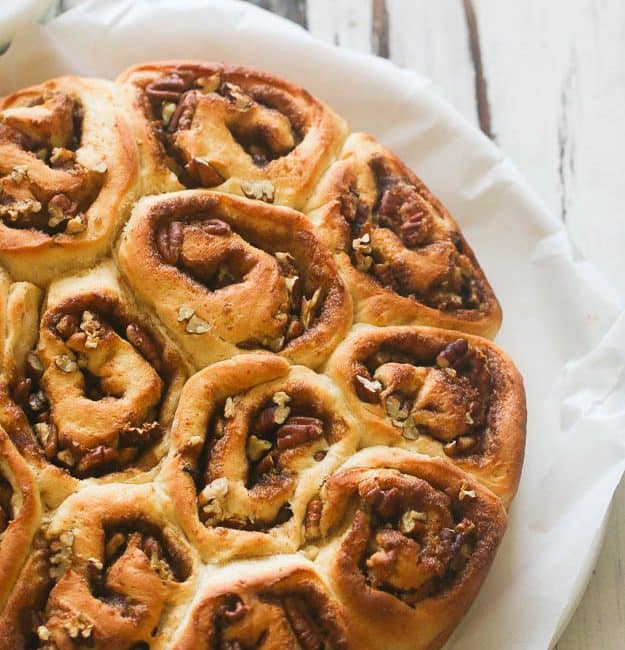 Author: Imma
Course: Breakfast
Cuisine: American
Tag Us On Instagram!Did you make this recipe? I love hearing how it turned out! Tag me on Instagram @ImmaculateBites and be sure to leave a rating below!
Follow on Instagram