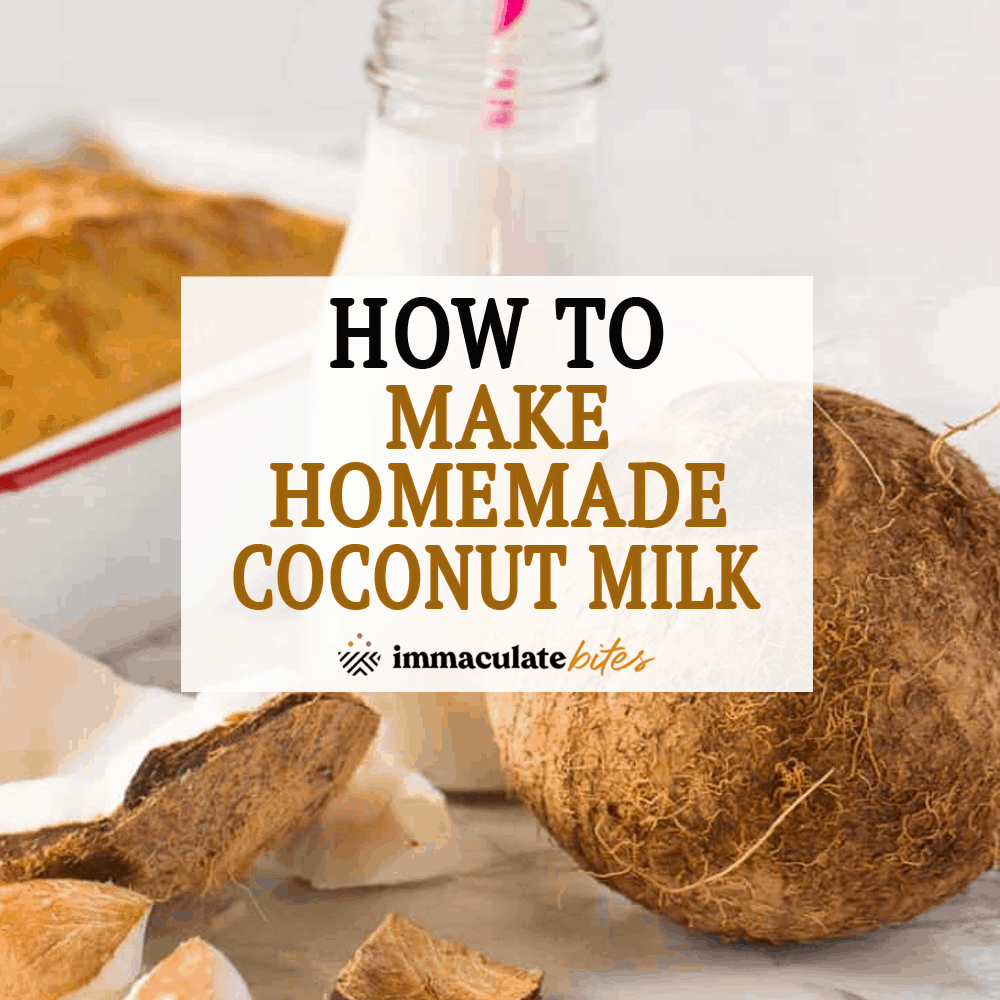 Feeling a little adventurous? Longing for something that is wholesome to kickstart the year?

Then run to the supermarket and grab yourself 2 or maybe 3 coconuts, but wait…ok, just a caveat, breaking coconuts might quite scare you, but fear not. Grab some unsweetened coconut flakes instead and head home.

You see, I started making coconut milk when I was about 12 years old to cook coconut rice (Oh, how I dreaded this process). We had to use a grater to grate the coconut and needless to say, it is NOT one of my favorite things to do. So as an adult, I completely wiped out this process from my memory, often resorting to canned coconut milk for all my cooking and baking needs.

But in this recipe, I will teach you T-W-O ways on how you can make your own coconut milk at home!

What is Coconut Milk? 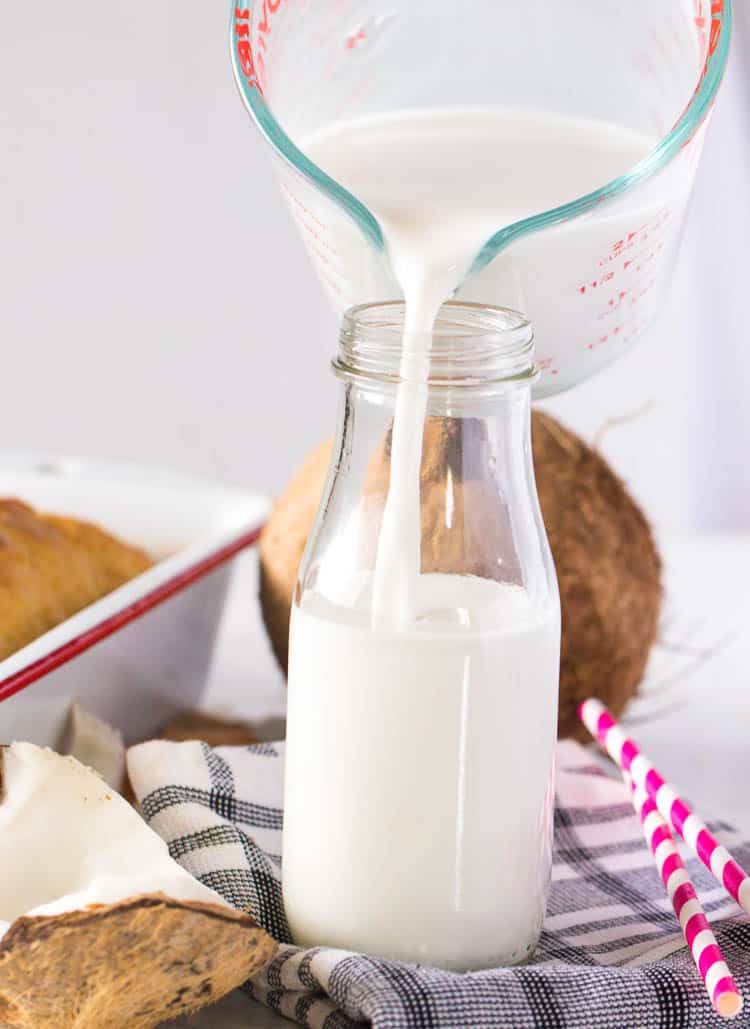 Well, coconut milk isn’t MILK in the dairy sense like your regular milk in cartons. It is basically made from the shredded white meat of a coconut – that one you see when you crack open a mature coconut. It is then blended with water until smooth.

I’m no doctor, but from what I knew, if you’re following a dairy-free diet or plainly lactose intolerant, coconut milk should be your best friend.

But as always, coconut milk should also be in moderation. Although it’s naturally rich in fiber, vitamins C and E -among others- calcium and boatloads of other good stuff, you also need to take it in moderation as it contains high levels of calories and fats.

Don’t be confused with these two. In general, the difference between coconut cream and coconut milk is their consistency. Coconut cream is much thicker, richer and fattier but with a lower water content than coconut milk. It is that thick, semi-solid stuff that floats to the top of a normal can of coconut milk. You can use it to add a nice thickness to any dish without affecting that much the flavor.

Then there’s coconut milk. It has a more translucent appearance that closely resembles to your usual milk. This is what we would usually use on soups, sauces, and baking goods.

This coconut milk contains a massive amount of calories, so use it sparingly or dilute with water, like the one you get at the grocery store. 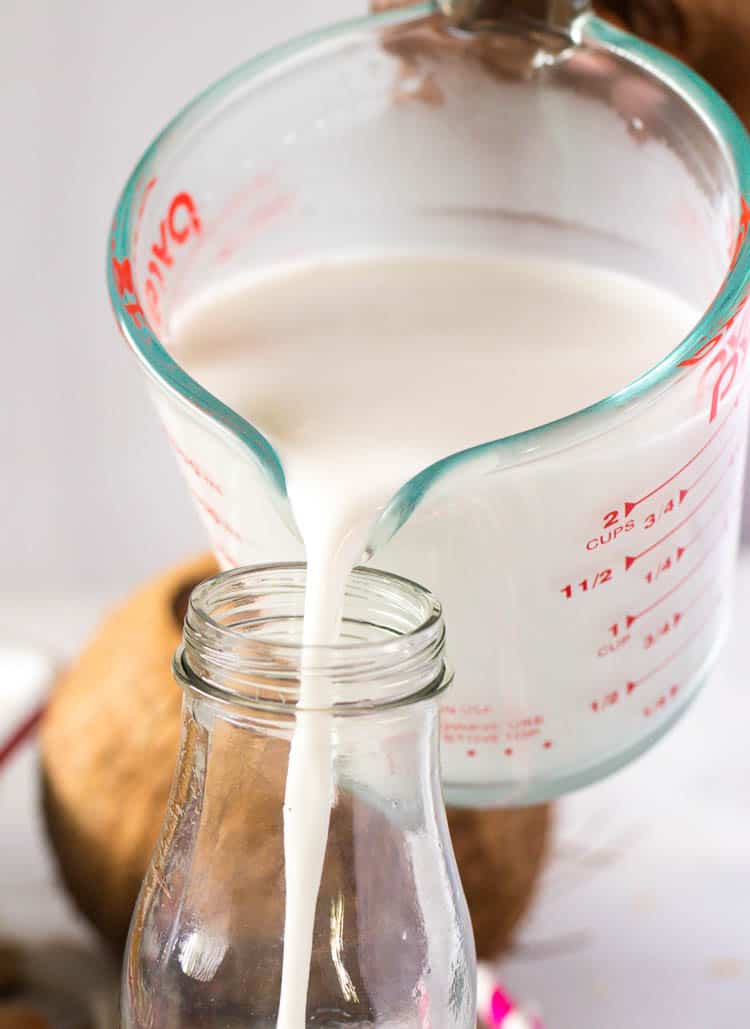 How to Make Coconut Milk

I’ve been meaning to do a video for this recipe and finally, here it is. It’s how we usually do it back in Cameroon.

Just our little secret, I could actually drink up this fresh homemade coconut, but not the canned coconut milk. The homemade one just tastes SO AMAZING! But aside from drinking it straight off the bottle, you can also use it to make the following below: 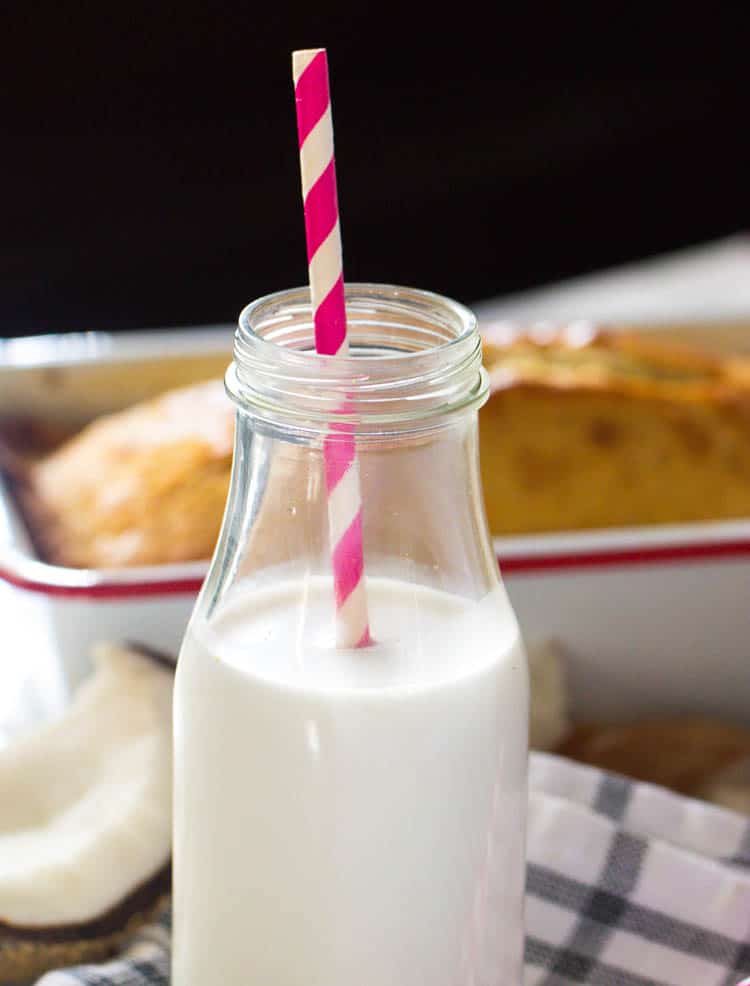 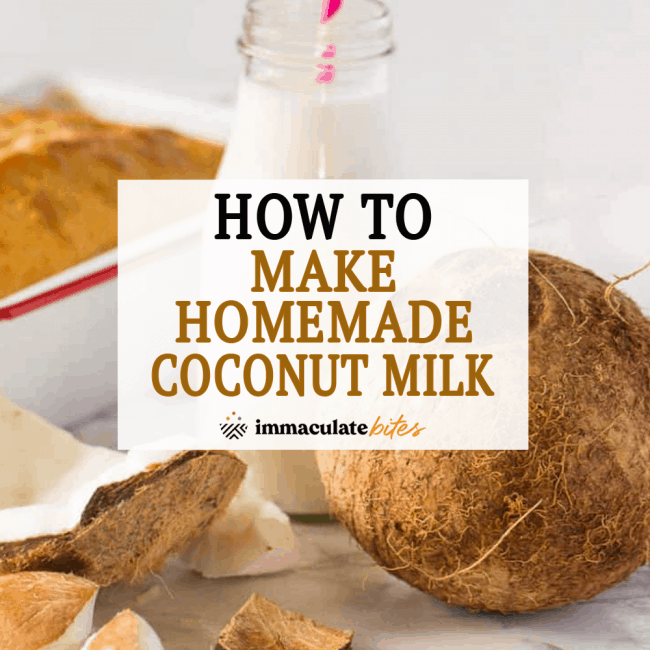 Author: Imma
Course: Breakfast
Cuisine: African
Keyword: coconut milk
Tag Us On Instagram!Did you make this recipe? I love hearing how it turned out! Tag me on Instagram @ImmaculateBites and be sure to leave a rating below!
Follow on Instagram