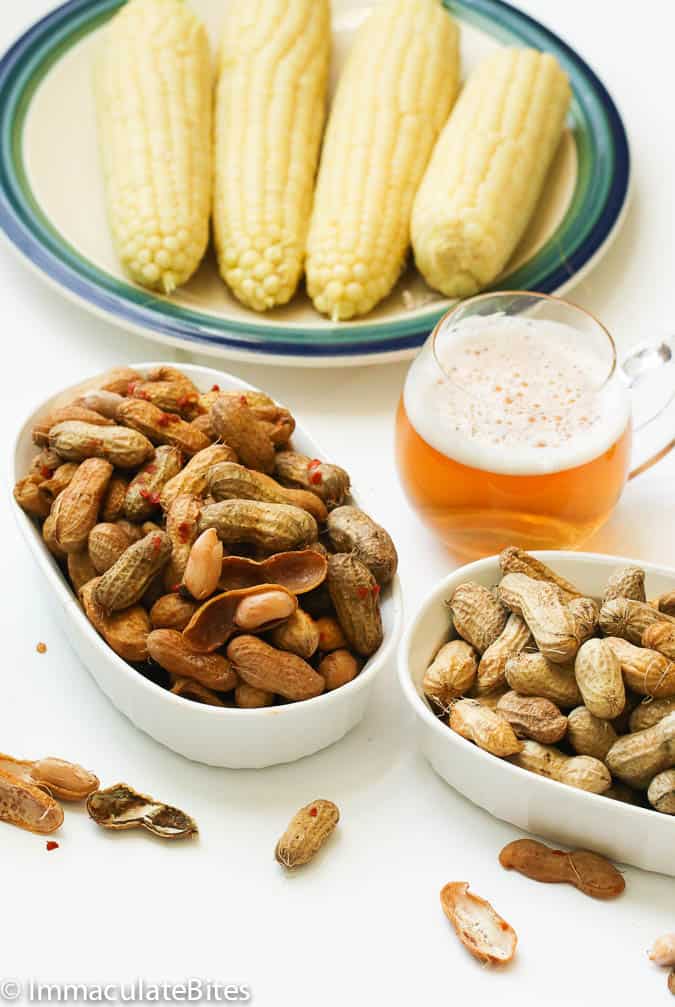 I know what you are probably saying , What the heck! Imma, boiled peanuts is a no-brainer recipe!”

Please, humor me,  while I tell you more about this Additive Snack and how it’s cooked in both Africa and in the South. 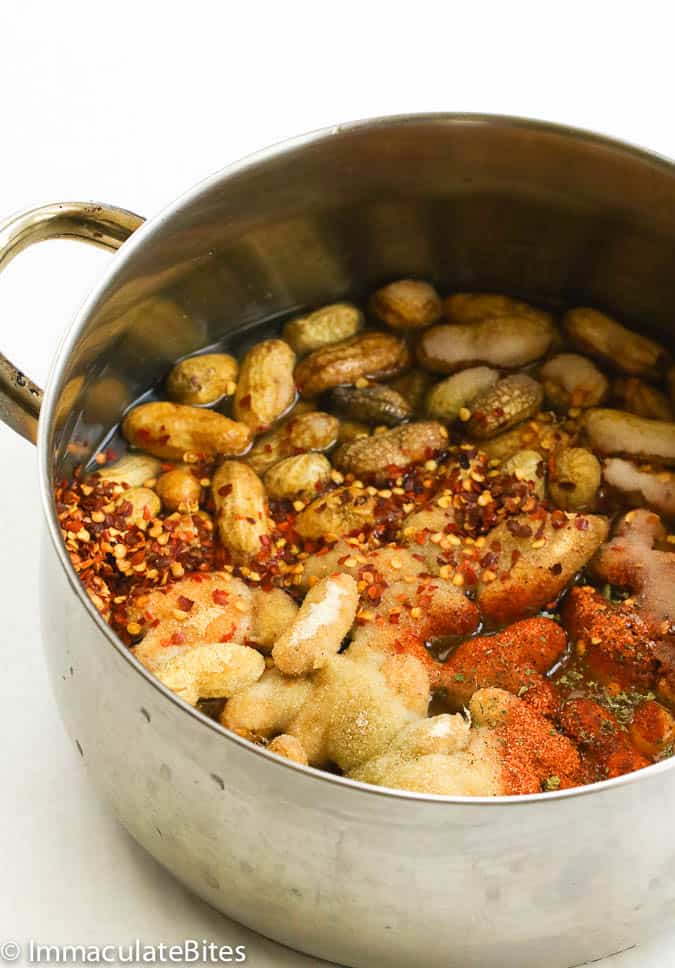 Boiled peanuts have  a rich history.

Yes, huge in the  Southern part of the United States. If you drive through the southern US in late Summer you’ll see roadside stands, “Boiled Peanuts”.

You can’t miss it.

I did a little digging and this is what I uncovered. It all started back during the Civil War when Southerners started boiling peanuts on their march through Georgia. Food and supplies became hard to come by after the confederate troops split up. So they  found a way to combat hunger by roasting peanuts over campfires and boiling them. 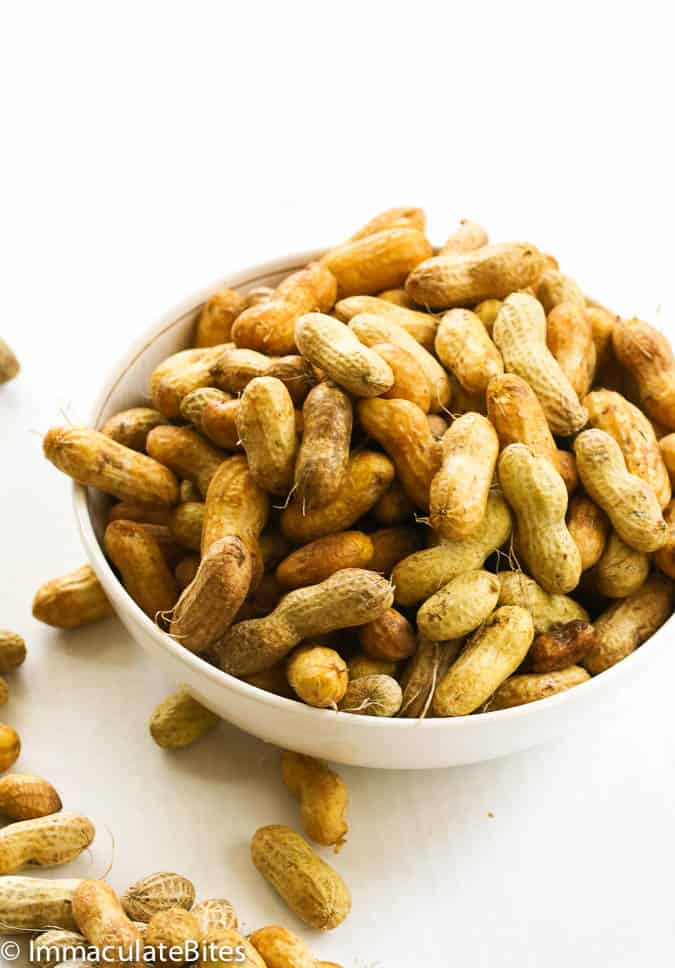 And you probably know what happens next. Someone decided to add salt to the peanuts to prolong it’s shelf life; thus the birth of hot salted boiled peanuts in the U.S.

The peanut fever then spread in the Southern part of America in the 18th century. And the rest is history!

While we are on this topic I have got a  trivia for you. Did you know that in 2006, the state legislature declared peanuts as South Carolina’s Official Snack Food with unanimous vote? That’s how beloved this snack is in the south. 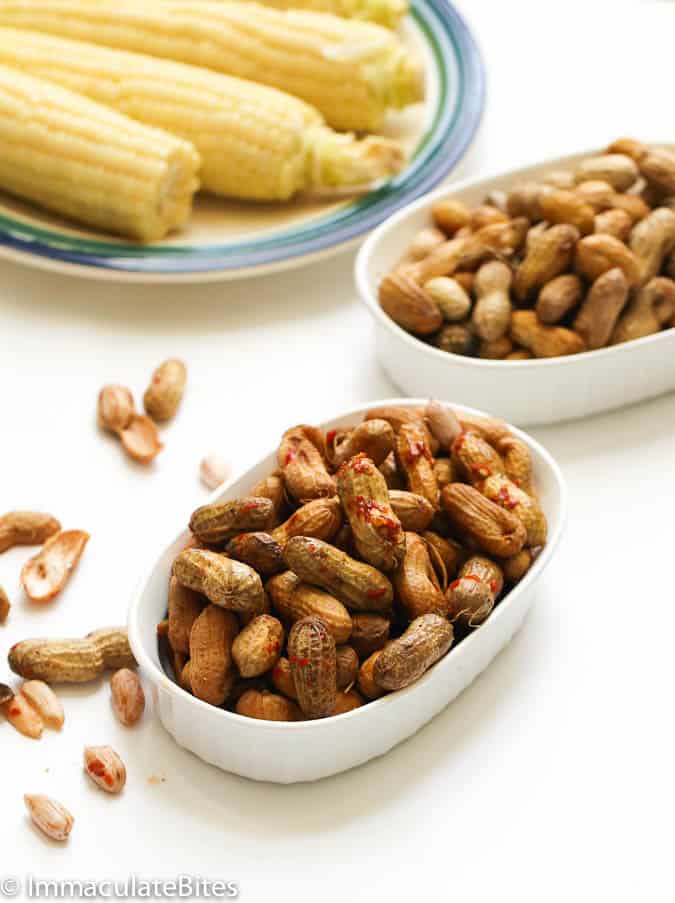 Now let’s switch to the other side of the continent – shall we? Groundnuts  have long been eaten  for centuries, in most West and East African countries . Yes it’s known as groundnuts in Africa, and to my surprise it didn’t originate in Africa.

Historians say, the  peanut plant originated from South America and the Portuguese took it to Africa, sometime in 1500 after they had it in Brazil.

The love of peanuts  quickly spread  across Africa and became a popular staple  in dishes like   African Peanut Stew  aka Groundnut Soup.

You should give a try sometime , if haven’t already.

There’s a huge difference between the way some Africans  ( I know, I shouldn’t generalize …. )  enjoy  boiled peanuts .

It’s typically cooked for about 3 minutes or more to retain a little bit of crunch, and for optimal flavor. There’s a real appeal to it ! And it’s always my first choice of boiling Fresh  peanuts. 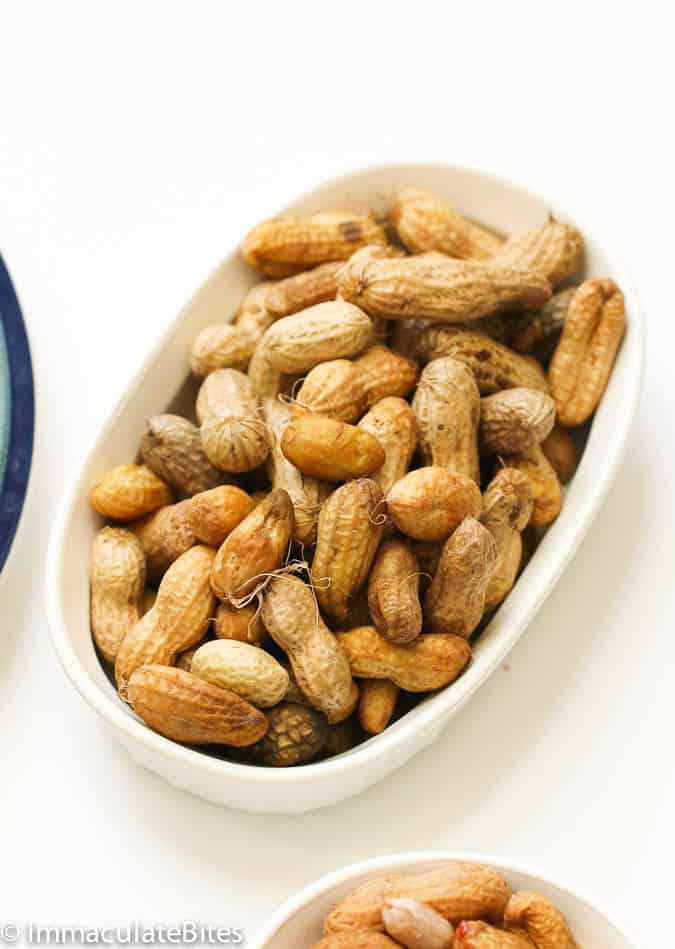 Southerners on the other hand, prefer the hot, mushy, soft boiled peanuts, boiled in salty water/ with or without  added seasonings ,  for several hours – depending on the peanuts. 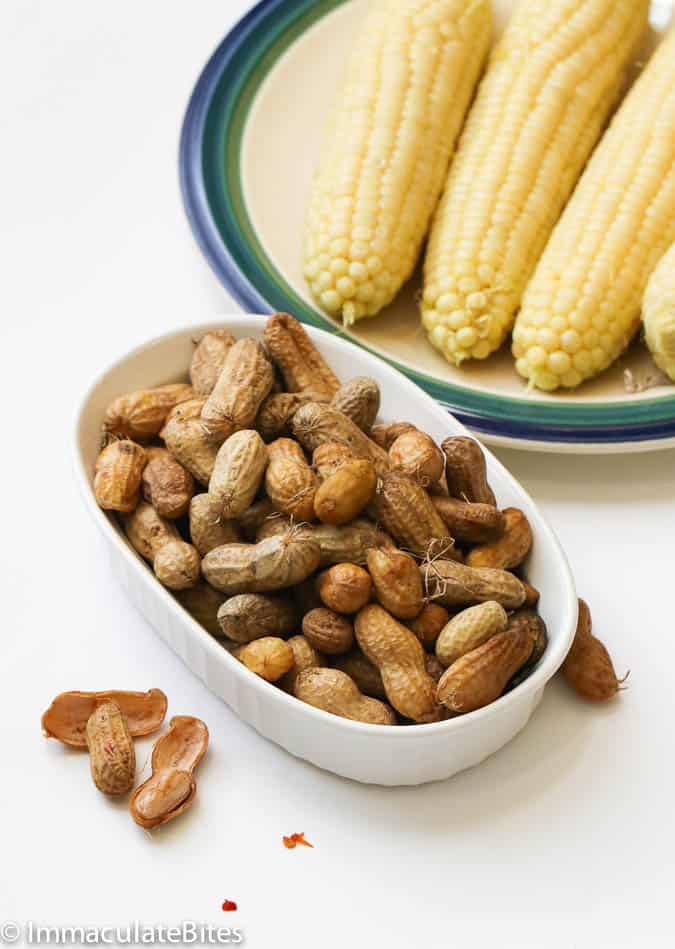 Fresh green peanuts, which are the best ones to boil, would be ready in less than 2 hours ,while those that are out of season older raw peanuts, might take more than that.

You can find raw or green peanuts that are straight off the vine in farmer’s market in your area and most grocery stores’ produce section, right around this time (late summer) , throughout the southern region .

And for that more satisfying experience, I’d suggest you pair up your boiled peanuts with boiled corn on cobs which are both in season. Nothing can beat a good old healthy boiled peanuts and corn. Enjoy! 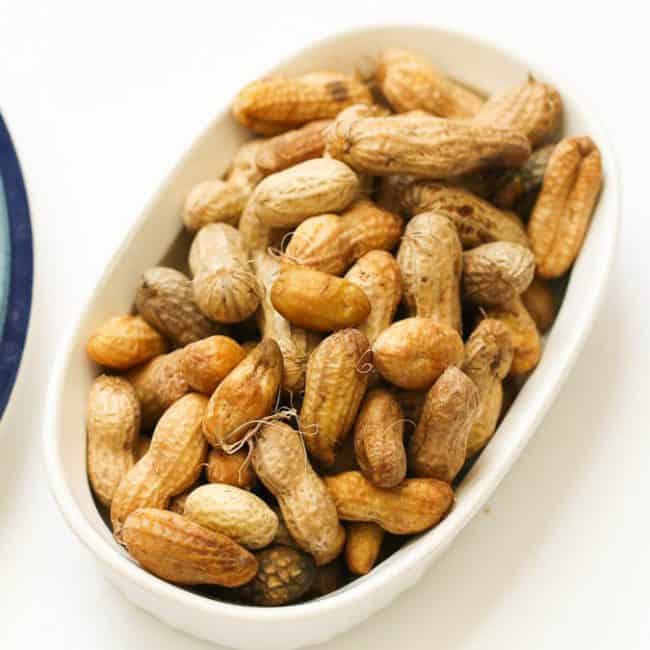 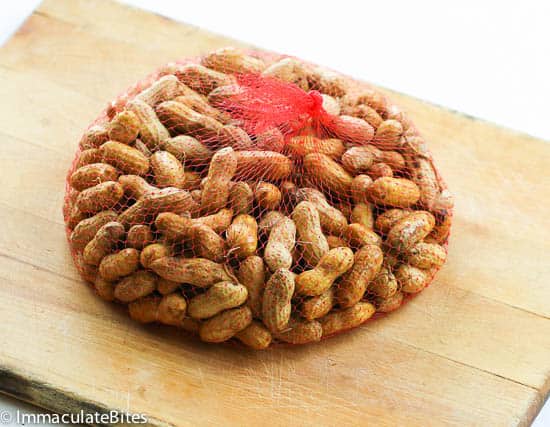 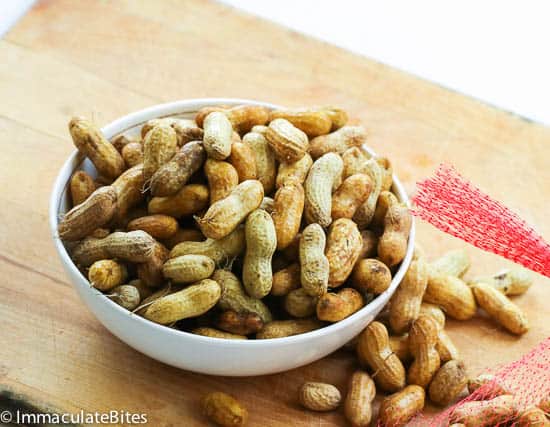 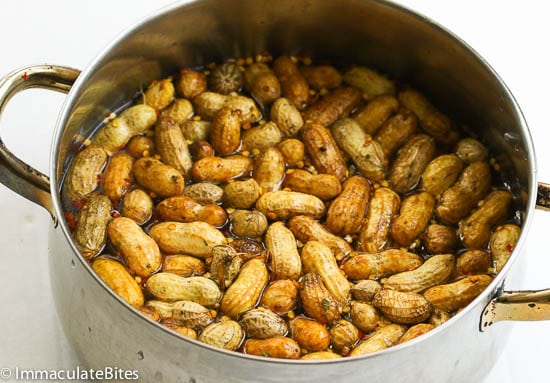 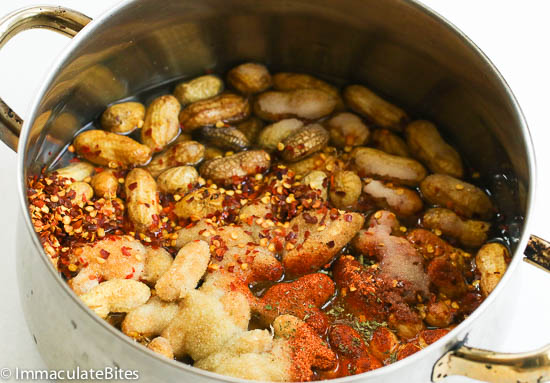 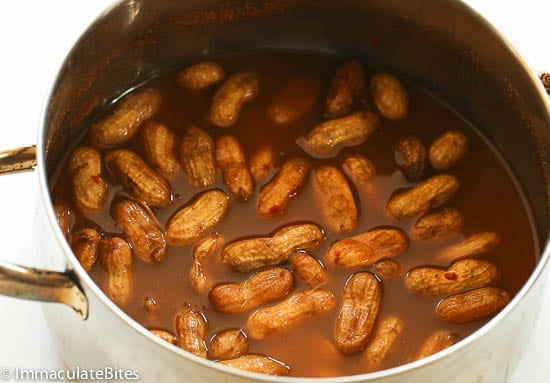 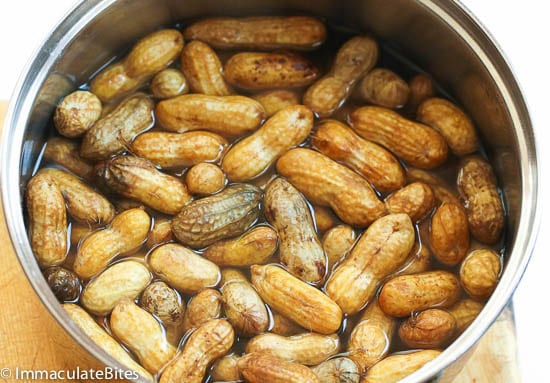 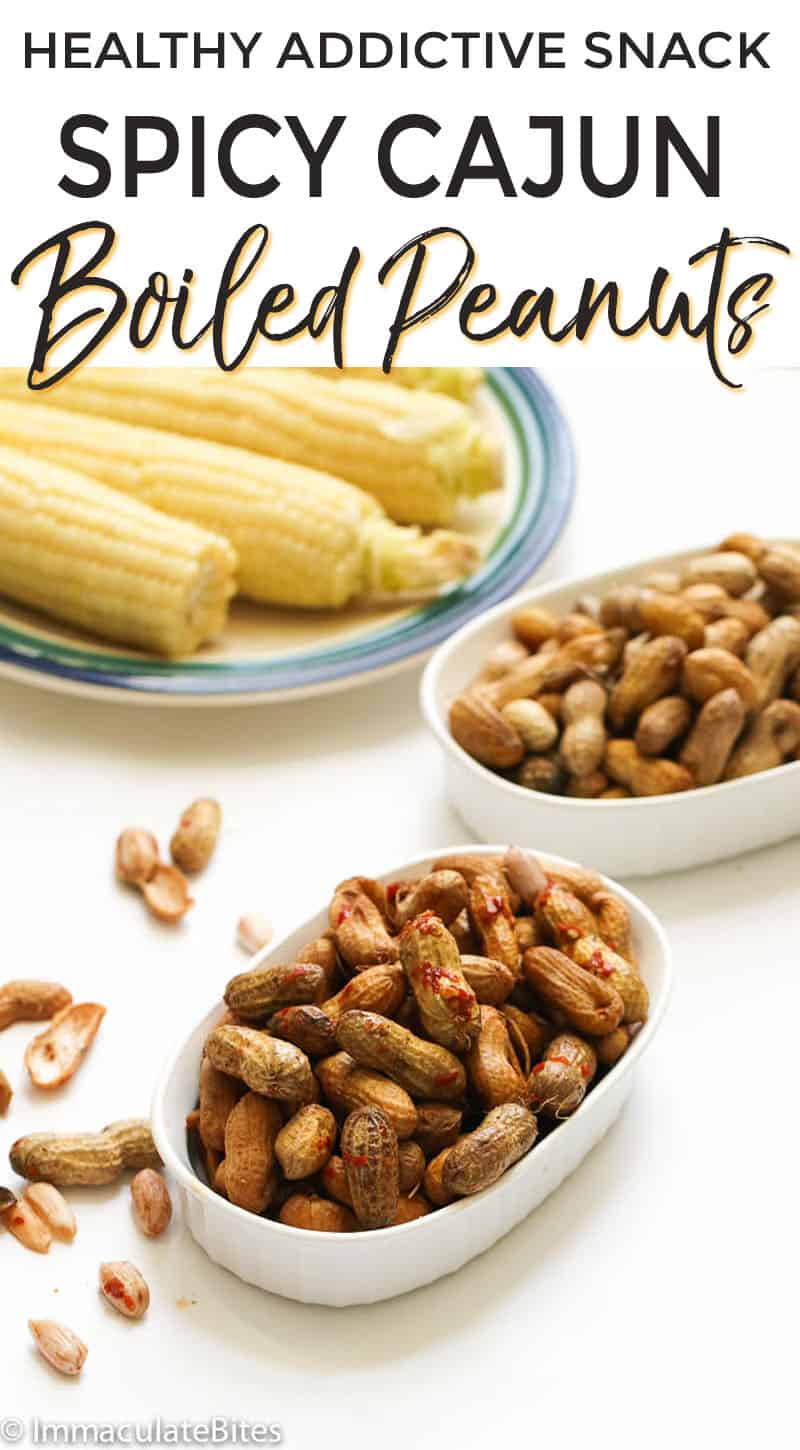